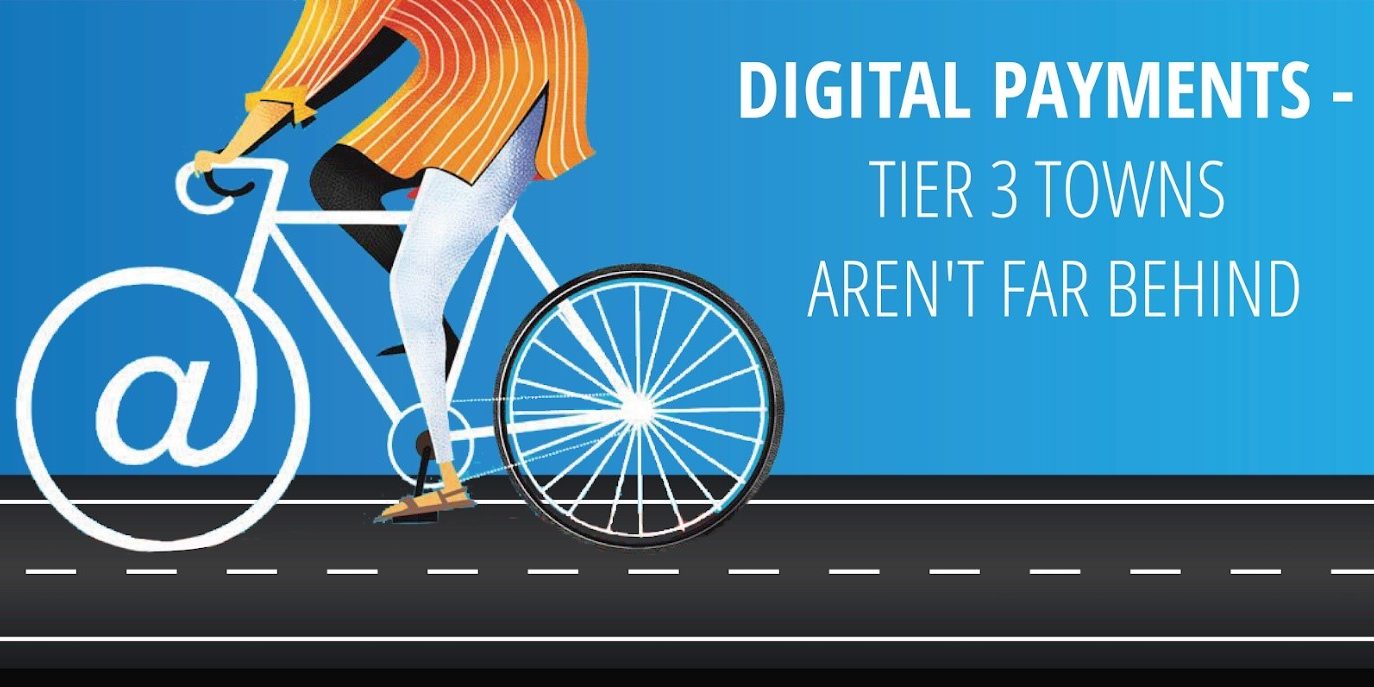 Historically speaking, micro-entrepreneurs, several of whom are based in Tier 3 cities and beyond have not been an area of focus for the organised financial sector of the country. Consequently, the people residing in these cities have a general distrust of banks – which in part can be blamed on banks and in part can be pushed into the dark abyss of ‘it is what it is’. They like their money where they can see it, and banks have, on their part, not done enough to earn the trust required to change that.

But in recent times, this is changing, and a steep upward curve of digital payments in Tier 3 towns stands testament to it. Case in point, back in 2015, only 2% of the 60 million merchants in India accepted digital payments. Today, India is regarded as the biggest acceptance market in the Asia-Pacific. And of those, 55.3% of Indian MSMEs operate out of rural areas.

This massive surge of digitisation can be attributed to deeper penetration of Tier 3 cities by NBFCs through last-mile delivery channels. From giving loans and working closely with merchants to helping them take their businesses online, a partnership between NBFCs and merchants in smaller towns of India is well into realising the dream of a digital and cashless India.

Let’s talk about some other factors that are contributing to this digitisation.

The Millennials Lead The Way

One of the major contributing factors to the digital transition in Tier 3 cities has been the coming of age of millennials and Gen Z. Once these youngsters got inducted into the Internet generation through apps like TikTok and WhatsApp, there was no stopping them.

They took the ease that digital connectivity had brought to their social lives and set out to apply it to more professional pursuits. To put things into perspective, TikTok has 119 million and WhatsApp has 400 million (as of 2019) active users in India. Even if only a handful of those users have helped their families go digital, it’s safe to say that they’ve contributed to the growth of the digital payment ecosystem in India, which currently has a transactional value of a whopping US$69,168m.

Step one, they convince their parents to move their businesses online as well as use digital wallets/interfaces for day to day business transactions by bringing a level of trust to the table that third party interveners struggled to inspire. In addition to the trust factor, they’ve also made it easier for their parents to make the switch with their intrinsic understanding of the digital space that helps them take the burden of digitising off the older generations’ shoulders.

If we sit back for a moment and think about how entrepreneurs used to sell their goods, it all seems very superfluous. As the customers were out of reach to them, the only way to sell anything to a large audience was to become suppliers for big urban companies. Bigger companies have the ability to buy goods from them at wholesale prices only to push them forward at marked-up rates. This enabled the middlemen to make huge profits while the suppliers got no more than a meagre share of the actual MRP of the products. Seems unfair, right? That’s because it is, especially when there’s an equitable way of doing it!

By moving into the digital space, manufacturers in Tier 3 cities have now got the ability to reach their customers directly, hence cutting out the middleman. They can become third-party sellers on Amazon, start their own eCommerce site, even get onboard the famous Indian “jugaad” train and set up shop on WhatsApp for their local customers. “How,” you ask? It’s simple really – they create a database of customer mobile numbers, send them images of new products, make deliveries, and voila, a lucrative business is in action!

But whether they choose to operate through Amazon, an independent ecommerce site or WhatsApp, digital payments are a prerequisite for them all. So, the first step of enabling a merchant to take their business online is acclimatising them to the FinTech ecosystem.

Is Mission: Digital India A Success?

There’s no question about the fact that people living in  Tier 3 cities in India are becoming increasingly aware of the benefits of going digital – and how accessible it is. But to say that there is no legwork left to do would be an overreach.

With a 383% increase in digital payments from FY’18 to FY’19, it’s safe to say that many small city merchants have become well versed with UPI, POS machines, and apps like PayTM and PhonePe, for others, these continue to be alien concepts.

But the hope is that an evolving world, wherein most customers prefer to go cashless and their peers swear by popular payment apps, will help the reluctant few embrace digital with grace. The numbers also back up this hope, with consulting firm KPMG predicting a 29% annual growth in digital payments till 2024.

The Covid-19 lockdown is also proving to be another prompt for many to take their businesses online. Faced with indefinitely closed shutters and housebound customers, MSMEs across the country are fast realising that in this new world, digital transactions are not an option, but a necessity. So, taking this changing reality in stride with an infallible resilience, they’re taking all measures required to stay afloat – including embracing Fintech.

2020 is definitely going to be a pivotal year for MSMEs where the struggle to survive will test their mettle and push them to step outside their long-established comfort zones. The process has already begun, and we for one, believe that it’s not going to stop anytime soon.