MSMEs: The Master Key for India’s Entry Into the Developed World 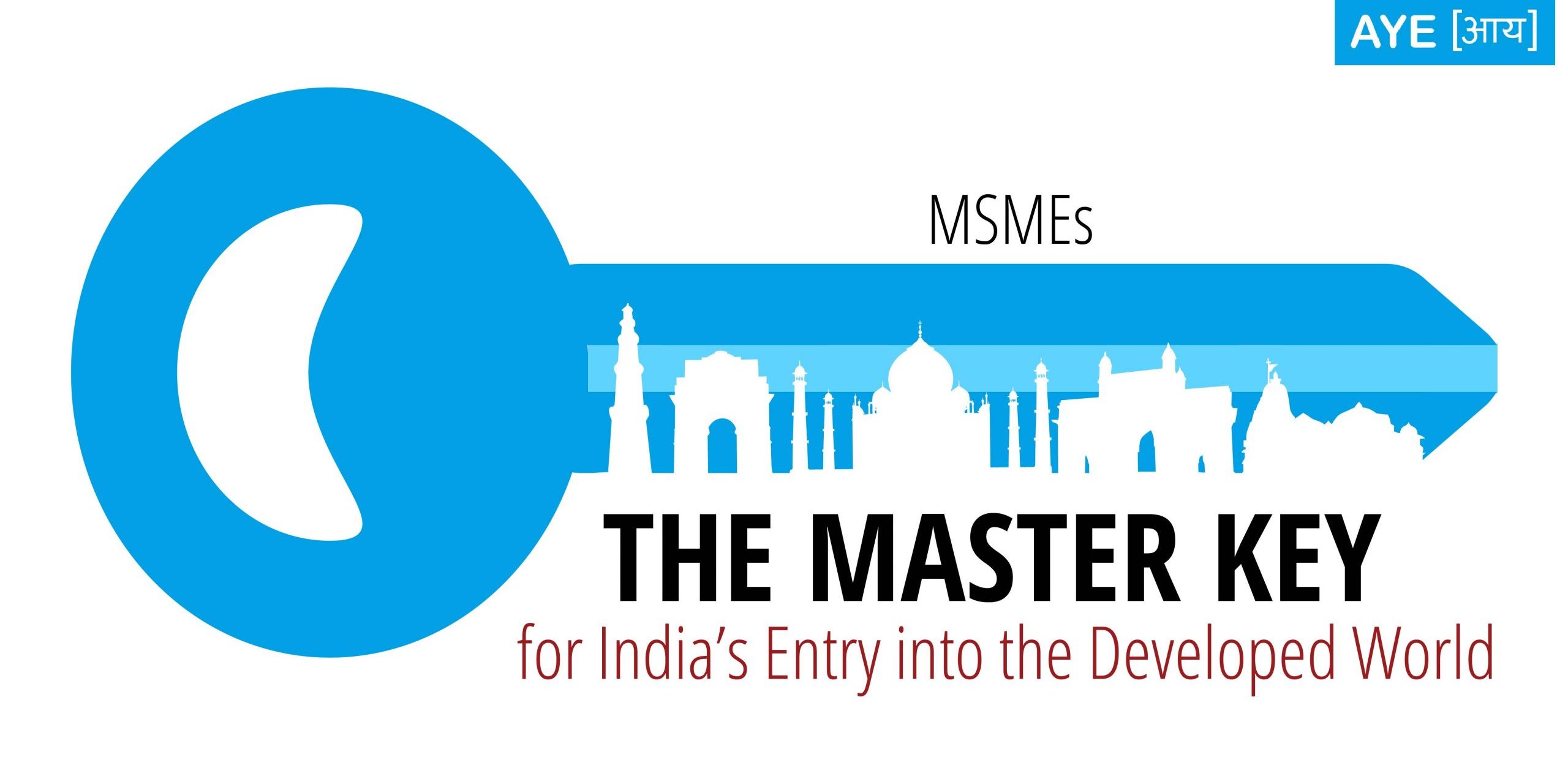 Is the MSME Sector the Master Key for India’s Entry into the Developed World?

Could MSMEs lead the way for India to finally make the leap from a developing to a developed nation?

As things stand now, the World Bank recognizes India as a “global player” because of our economic growth, but as the numbers indicate, we still have a long way to go before entering the developed world.

According to the World Bank report, India’s GDP growth has slowed down to 5.7% in Q1 FY17/18. After seeing a steady decline in poverty and an 8% GDP in FY16/17 – alongwith an increase in public and private consumption – we’re still not seeing a rise in overall demand and investments have remained weak.

And as far as expected growth is concerned, experts are projecting that the Indian economy will rebound to 7% for FY17/18. However, in order to bridge this gap, we’ll need to focus on encouraging higher private investments especially for MSMEs, i.e. an arena where NBFC’s have been quick to step in and fuel the necessary growth.

In comparison with the developed world, India is still very much a consumption-led economy, influenced by progress at the rural and agricultural level. Our advantage lies in our demographic dividends – with over 65% of the population aged below 35, we have immense potential for supplying an enormous workforce in the next decade.

The flip side of our advantage is that this workforce needs to be equipped with the adequate skills required to contribute to economic growth. And despite the advent of machines, we’re still struggling with achieving  large-scale automation.

Which, once again, highlights the necessity of bridging the gap towards becoming a developed nation.

Could MSMEs Unlock the Door?

Over time, MSMEs have more than proven themselves to be the bedrock of the Indian economy.

There are over 50 million MSMEs operating in India today and their impact on the Indian landscape is well-acknowledged; they’re providing goods and services and the human resources to fuel large-scale development.

MSMEs contribute approximately 8% to the National GDP, 40% to exports, and as fully contributing members of a dynamic economy, they collectively provide sustainable and large-scale employment to the Indian workforce; they are the 2nd largest employers of  the country, coming in right below Agriculture.

According to the 2017-18 MSME Annual Report released by the Government of India, this sector “contributes significantly in the economic and social development of the country by fostering entrepreneurship and generating largest employment opportunities at comparatively lower capital cost.”

However, their contributions to the Indian economy will require dedicated investments for technology, skill upgrades, and a rigorous education of establishing quality standards.

While India’s growth – fueled in an environment with significant economic contributions are made by MSMEs and our exponential workforce – is imminent, the fact remains we have a lot of work to do before both halves can successfully leverage their inherent potential.

As a country, we must prioritize building a strong bridge between the enterprises and the workforce before we can fully rely on them as launchpads for India’s entry into the developed world.