The Jacketeer – The Tale of Mohd. Kaleem 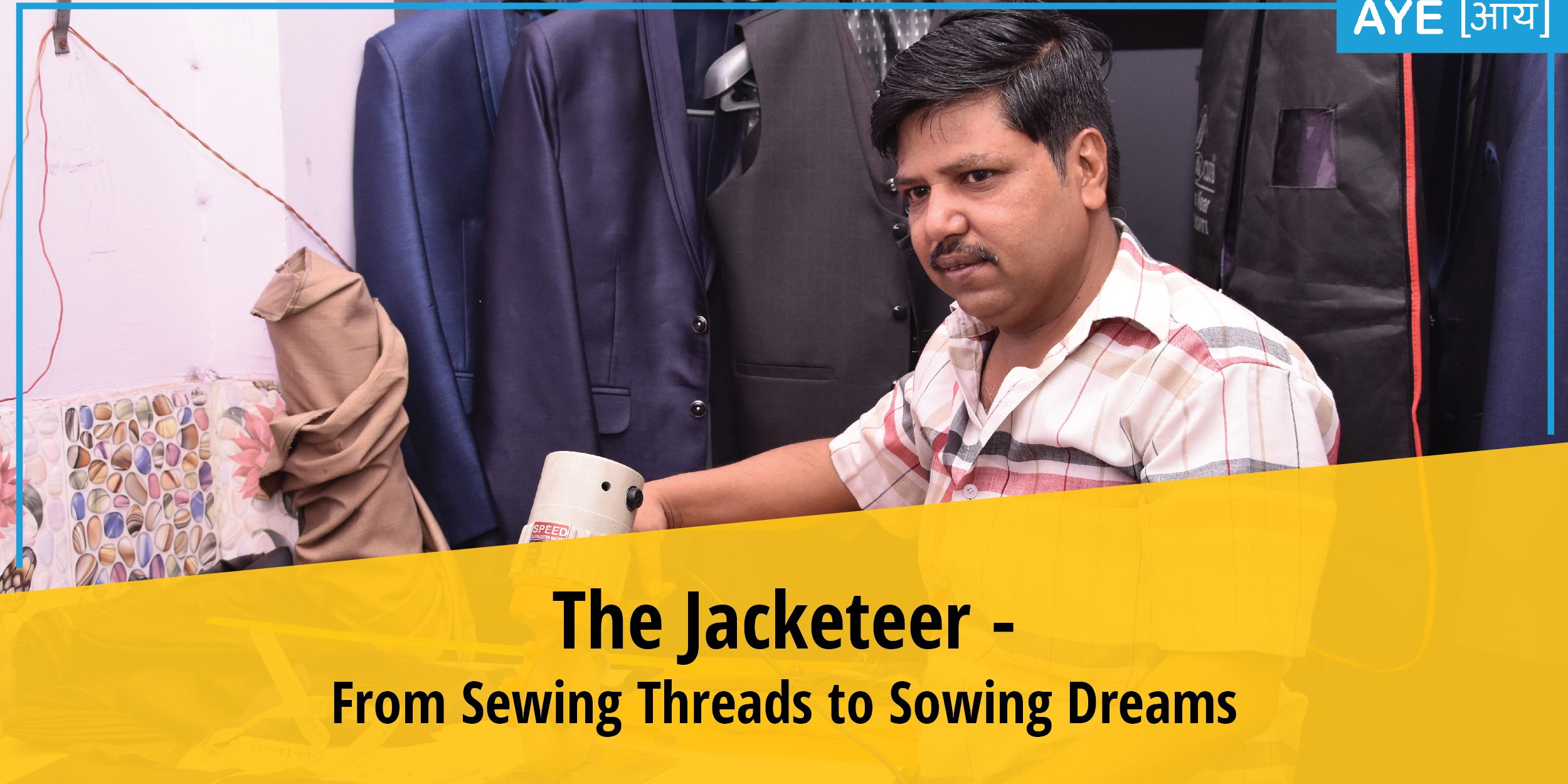 From working on the second floor to managing a multi-level factory.

If you are seeking a living example of a go-getter, explore the bylanes of Gandhi Nagar. You will eventually find Kaleem, grinning as he discusses the day’s tasks with his second in command. When he invites you in for tea, you will see that he is engaged in the manufacture of coats and jackets for practical and fashionable people. With his business initially standing at eight workers and six machines, a loan provided by Aye Finance allowed him to evolve his business and turn it into something greater. Now fielding 25 workers working on 18 machines, he operates on another scale entirely.

Currently, in his fourth cycle loan with Aye, a combination of his hard labour, unwavering dedication, and on-demand funds available via Aye Finance have allowed him to reach even greater heights. The reach of the impact these events have had on his life extends beyond the professional, as his standard of living has risen as well. He used his funds wisely to grow his business and with the additional income, he renovated his house. He now operates his manufacturing from a multilevel factory.

Kaleem is still writing the pages of his success story, as he feels he has a long way ahead. India is filled with hardworking independent micro-entrepreneurs like Kaleem and yet several of them struggle to get adequate funding for their businesses. This is why a story like Kaleem’s is inspiring and rare at the same time. It is an indication of the kind of odds that people like him face in the pursuit of their dreams. It can be messy, heartbreaking, and tragic beyond belief – but it can also be fulfilling, satisfying, and immensely rewarding. You have to look around harder and eventually, you will find those who are more than willing to invest in you. Just ask Kaleem, he will tell you to dare to dream, to seek and to succeed.